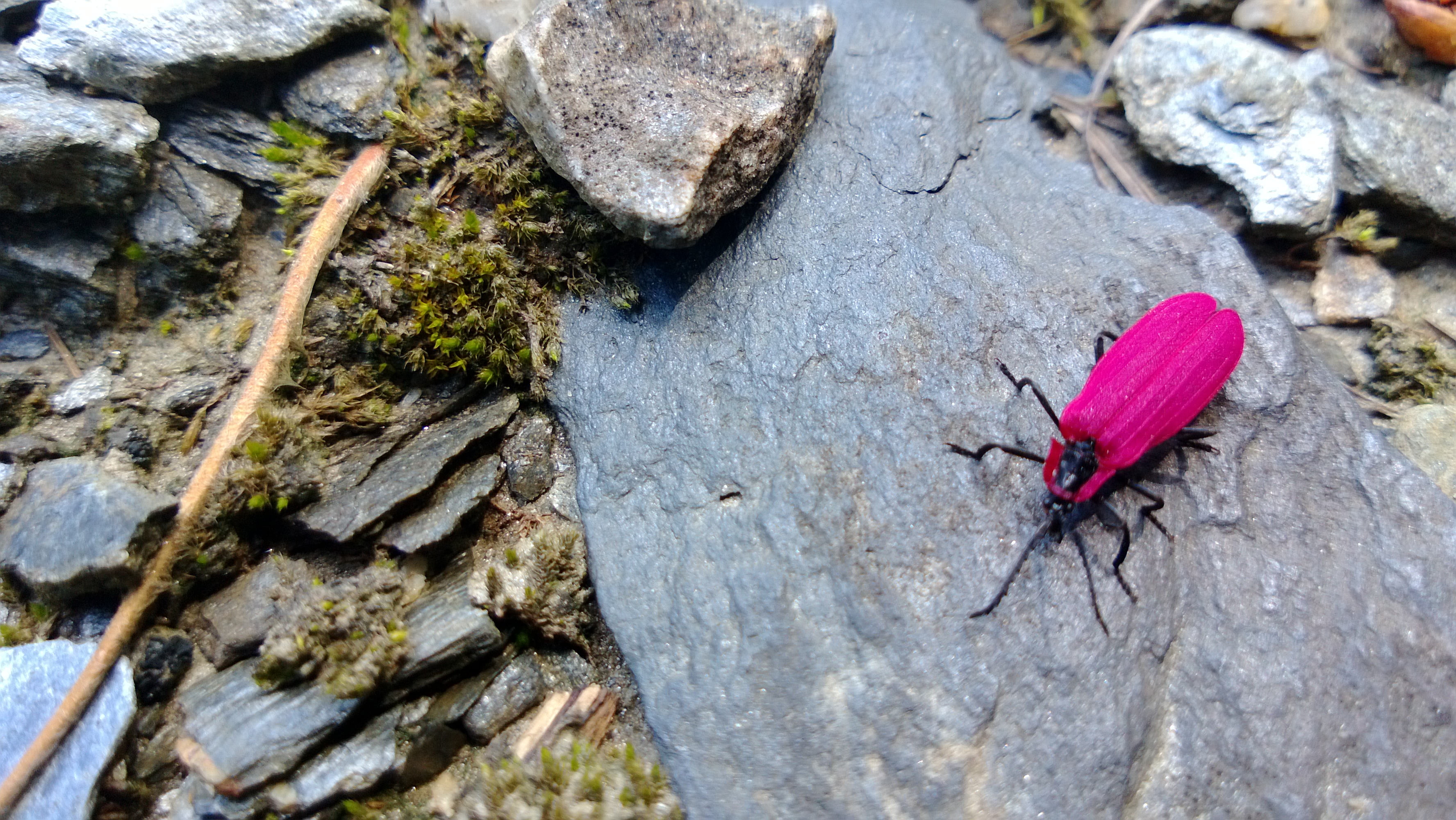 Last week I returned from Pakistan Tour visiting many Northern Areas here. I must say that Pakistan is blessed with many beautiful sights. The perfect peaceful atmosphere here is quite freshening for the human soul.

I found these delicious Wild berries growing in Sheran Forest, they had a taste similar to Strawberries! Later I called my human friends to invade that region & fill themselves up!

On my way  I found this pretty spider (could be highly poisonous) and oh look at the charming “Yellow” color on its back. Reminds of Lumia 1020 eh!

Oh yes, this snail was taking a nap

Here is another snail found on my way to Hotel Room. Later that night we had BBQ at the garden and one of these snails managed to crawl half way towards my knee! You should have seen me dancing there! I could feel the moisture of it against my skin

Now this one was way over grown Mushroom, seemed more like an Ice cream to me.

Finally I found a  normal Mushroom growing on Siri Paye Meadows, finally what I saw in movies was real!

I was amazed to see such beauty in nature, look at this beautiful insect. All set for modeling!

And ofcourse, who wouldn’t encounter LadyBird in forest!

And here we have this amazing insect that had a shiny body reflecting shades of blue!

I loved this butterfly, she posed as if she wanted me to capture her pictures! She was quite friendly to Lumia, as soon as my friend brought another *ABC* camera for the shot, she snapped her wings and bid farewell!

I just loved blowing it after!

Siri Paye, the place where clouds play Hide and Seek with you!

Ah! The Gushing stream at Kewai, it came from mountains and local people  had placed chairs and tables there and served Hot Tea, Paratha and Egg! We sat there,  dipped our foot in that cold stream, had hot tea &  later found that we could hardly feel our feet! It was amazing!

These beautiful flowers were considered to be wild there and grew in hundreds!

This is just a peak of big rock at Saif-Ul-Malooq, however that place has its own beauty. I’ll probably share more images soon and ofcourse, our walk to Ansoo Lake aswell. A walk to Ansoo Lake included 6 hours of hiking and tracking on muddy mountains, stony mountains & then snow covered mountains! (And then 6 hours more to return back before it gets dark, and we returned in  the nick of time, it was about to RAIN!)