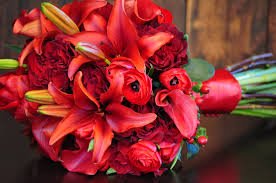 The leaves were dancing with the wind
And the kid swung the bottle around his neck
Marching his way to school with a friend
His hands in air, flying off the deck

Little he knew of the color red
Felt the itch, and craved to scratch
Stood he still and watched instead
His body fell, and he gasped

Confused, he saw the color red,
But different from pictured garden bed
The teacher was wrong, he smiled
But stopped as he looked around

Not white but red, turned the bottle he brought
Broken it was, and the child with fear
Tears rolled as he thought of his mother
She had asked, “Not to lose the fifth bottle”

Something bright, was lifting him in arms
Down, he saw his mother rushing to school
He saw her cry, and his tears rolled too
Not sure why, but he felt something too

“Mother, I need a hug”, the kid wept.
Mother stumbled as she ran and fell
A tear drop was borrowed by wind from the child
And carried to the cheeks of his fallen mother

She rubbed her face and felt her boy
The kid was lifted to a newer world
There he saw another kid, of his age
He wept too, and the kid asked why?

“A flying tin, painted me in red and my mother
I know not where she is, how she is
From mountains these tins come flying
They say, it paints red the bad only”

“Are we bad and very bad? I’m confused
They never told me in my Madrasa”
The kid hugged the other kid and cried,
“They never taught me in my school too”.