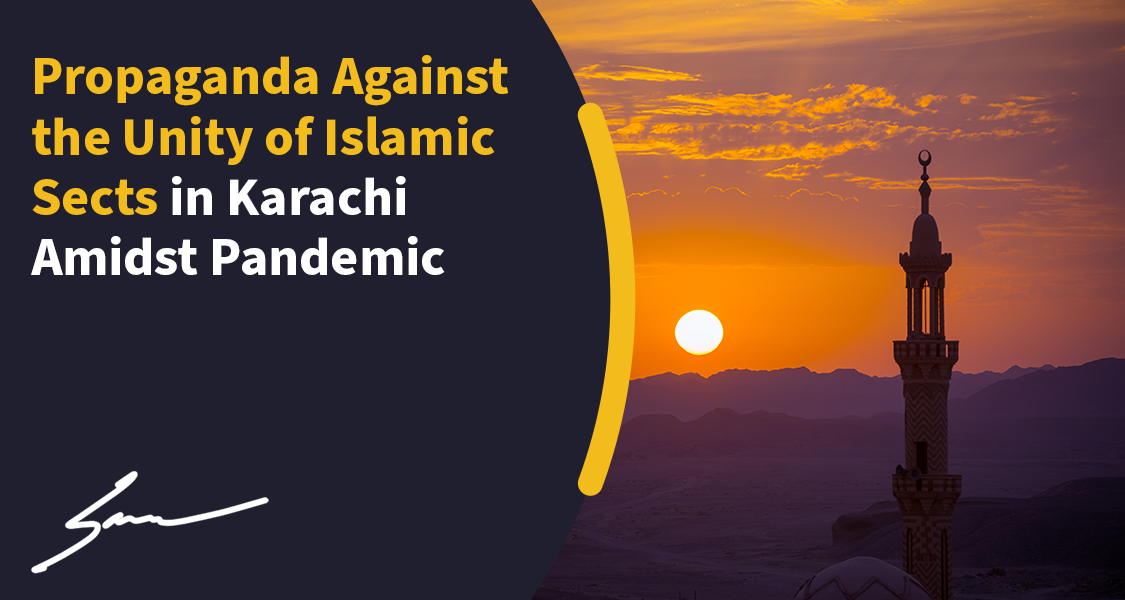 Propaganda Against the Unity of Islamic Sects in Karachi Amidst Pandemic

I Write This With a Heavy Heart.

The Government of Sindh or Media or someone in a greater power, is flaming the fire of Islamic Unity between Sunni-Shia in Karachi. And if you haven’t noticed, the younger generation is already debating/fighting on social media calling each other out. It is 2020. It has taken a lot many lives to have the current peace and love we have between the two sects. I’ve friends in a different sect who’d take a bullet for me and I’d for them.

But clearly, someone is not happy about this peace in Karachi.

And to understand this, you need to put your Islamic “sect” lenses away for a while.
If you can’t, this post is not for you, scroll away.

As far in the time, I can remember, I’ve never missed the Taraveh Prayers in Ramadan, including both the Sunnah (To hear the complete Quran in Taraveh and to read Taraveh all Ramadan). Friday Prayers in Ramadan had greater importance to me. Itekaaf in Masjids made me want to sit there longer with scholars and learn the forgotten. Ramadan for me and many others comes as a light that keeps us going through the rest of 11 months.

I can say the “Julus” and “Majlis” are equally important for the other sect too.

Then the Corona Virus hit the world. SOP’s were made. Almost all masjids of both sects followed SOPS; masks, sanitizers, and distance-markings were done to protect people. But masjids were still locked down for Taraveh, Friday Prayers, and Itekaaf. Almost all Islamic Scholars still agreed with the government’s decision and informed the masses to corporate.
Even then, reporters, media & the government spoke against Masjids. Rangers in Sindh took aggressive actions to hit the old or young, with sticks as they left masjids. These videos became viral on social media. Scholars were imprisoned and with their masjid’s sealed.
All this was new in these plague times, but was this necessary or not even after following SOP’s is a different debate which I’m not here to discuss.

Here’s what went wrong. The government of Sindh or someone in power decided to give protection (containers) to block roads and allow “Julus” activities for the Shia sect. They were allowed to perform their practices with no strict intervention from Rangers either. Strangely, no television anchor, media, or government spoke against this as much as they previously did for Friday Prayers, Itekaaf, or Taraveh. This favoritism with one sect leads to endless debates on social media.

Pause. Think again. Rules should be the same for all. If rules are made for one and not the other, it creates a division and forms a subconscious meaning that Sunni-Sect prayers aren’t as important as Shia-sects. That is what most feel. And if you don’t feel the same, you haven’t put the “sect” lens away yet.

Considering SOPS are followed, will there be “Eid” Prayers?
Will Masjids open in the last 10 nights of Ramadan?
Should the Sunni-Sect now follow the laws of government against Masjids?
A very good question and I leave this to you to decide.

PS: This post is not to divide the Muslims, but to call out the decision and power makers to stop this act of poor leadership. Let Karachi live an age-free for sect/caste wars!